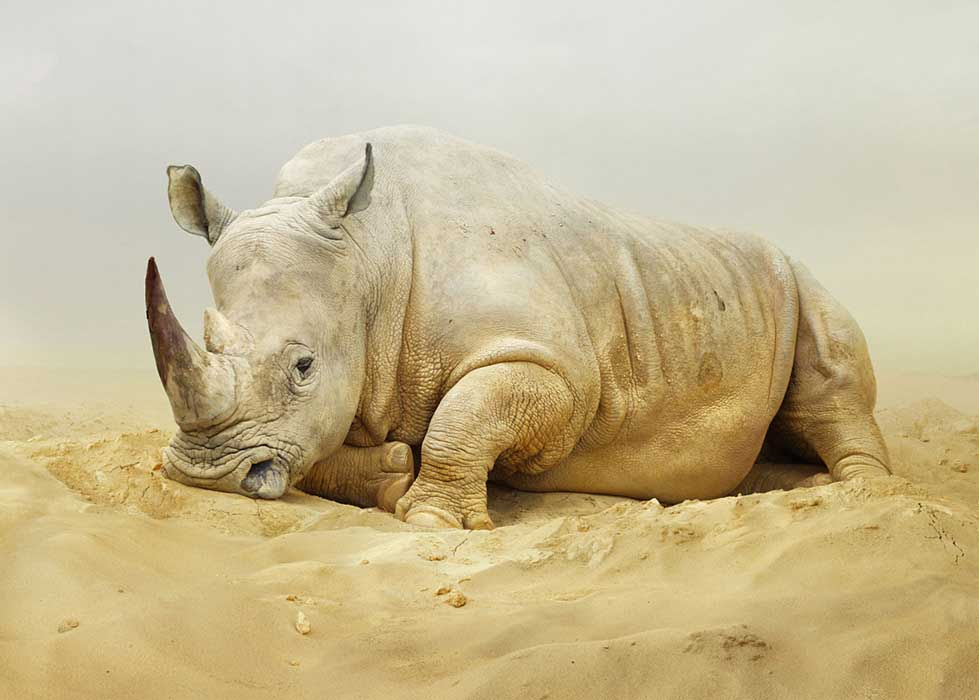 Born in Kirkenes, Norway photographer and sculptor Simen Johen lived in Sweden before moving to New York in 1992 where he earned a BFA from the School of Visual Arts.

Photographs from Simen Johan’s ongoing project, Until the Kingdom Comes, are on currentlty show now at Yossi Milo Gallery in New York City. Johan’s images “depict an unsettling natural world hovering between reality, fantasy and nightmare. Johan merges traditional photographic and sculptural techniques with digital methods. Having originally photographed a variety of plants and animals in natural preserves, zoos, farms, museum dioramas or his own studio, the artist then resituates them digitally into new environments constructed from images photographed elsewhere.”

“In his work, Johan creates tension and blurs the boundaries between opposing forces, such as the familiar and the otherworldly, the natural and the artificial, the serene and the eerie. In one photograph, two black-beaked flamingos intertwine in an embrace that seems at once affectionate and restricting. In another, two hapless caribou lie glazed with ice, frozen in a scene that is both tranquil and brutal. Exploring the paradoxical nature of existence, the artist situates his images between an ideal paradise and a reality complicated by desires, fears and darker instincts.”

While some photographs in the series reference Biblical motifs, Johan says that his choice of title, Until the Kingdom Comes, “refers less to religious or natural kingdoms and more to the human fantasy that one day, in some way, life will come to a blissful resolution….In a reality where understanding is not finite and in all probability never will be, I depict ‘living’ as an emotion-fueled experience, engulfed in uncertainty, desire and illusion.” 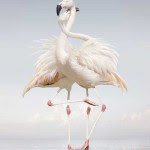 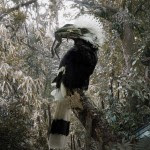 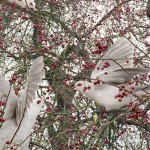 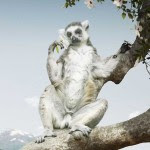 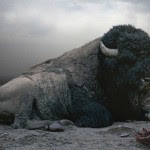 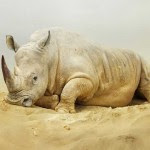