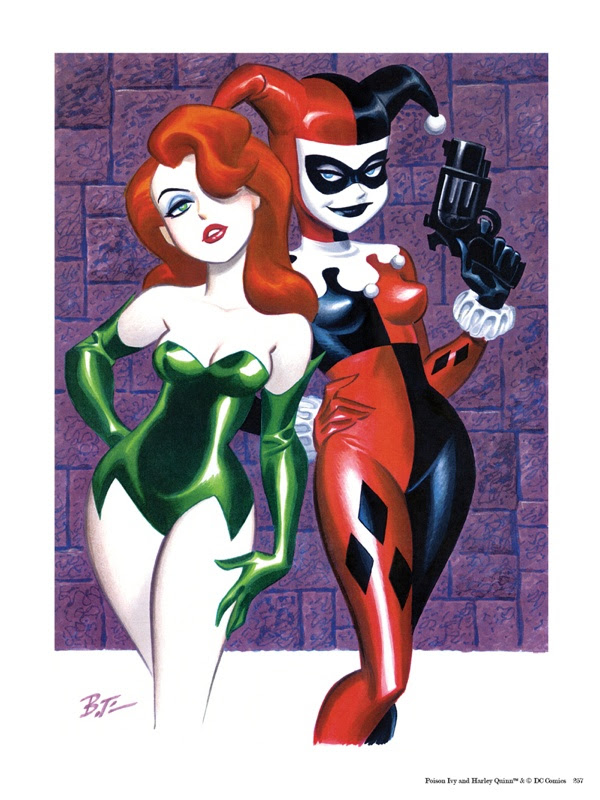 John Flesk, founder of the terrific art book house Flesk Publications, just released four new titles (The Art of Craig Elliott, Warren Chang: Narrative Paintings, Flesk Prime, and Naughty and Nice: The Good Girl Art of Bruce Timm). He sent them to me and they are all terrific. Here's more information about Naughty and Nice, followed by a gallery of Timm's art from it, a bio of Bruce Timm, and the story of Flesk Publications. 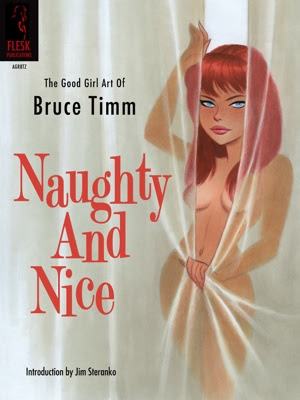 In a radical departure from his previous work on animated films and comics, which primarily featured superheroes, the award-winning artist Bruce Timm presents an extensive survey of the many forms that his shapely muse has assumed in his mind’s eye. Naughty and Nice: The Good Girl Art of Bruce Timm showcases over 300 full-color, line and pencil images of partially clothed and nude women of almost every conceivable description and temperament.

This substantial collection provides shapely forms and earthly delights throughout its pages. Be it a sophisticated city gal or a savage jungle queen, a hard-boiled dame or an elegant lady from the land of fantasy, a quietly smoldering sorceress or a wild-hearted adventuress, Timm's ladies are sure to please the eye.

Over 125 new images have been prepared especially for this handsome book. Timm explores the female form with absolute creative freedom, and pure personal expression is the result. The artist has granted Flesk Publications unprecedented access to his archives to provide the best representation of his private works. These rarely seen images span the last 15 years and are showcased in a single collection for the first time.

“The focus of our Bruce Timm book is on Bruce Timm,” explains Flesk. “From the start I wanted to highlight him as an artist. This is the first time his personal visions have been available to the public.”

“I approached Bruce Timm about this book based on my long standing admiration for his art and his contributions to the DC Animated Universe,” reflects Flesk. “I’m a strong believer in shooting for the top and approaching the best in the industry. I was delighted to hear Bruce was interested. As the process evolved Bruce took more of an active role in producing the book. Much of its design and “feel” comes from his integral role in shaping every aspect. He takes pride in his work: It’s his name on the cover, and his body of work represents him. He was a pleasure to work with.”

After the jump, a gallery of work by Bruce Timm, along with additional information about Timm and Naughty and Nice 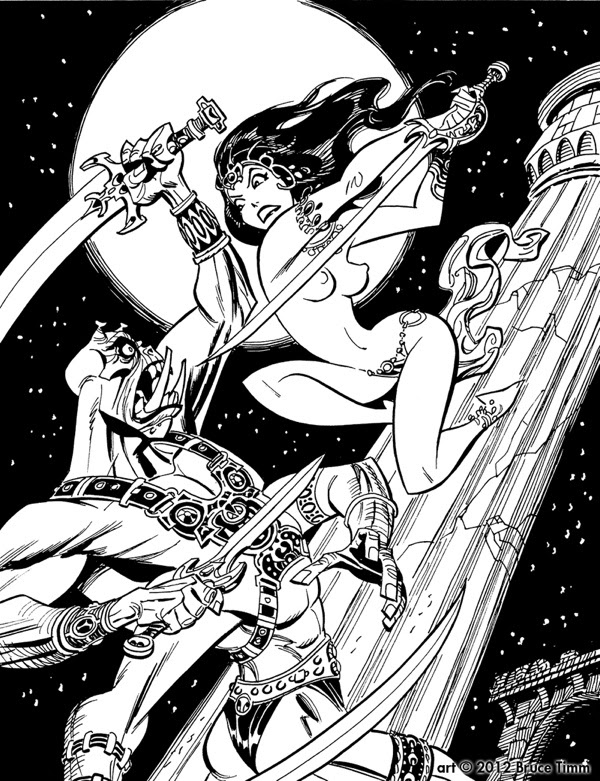 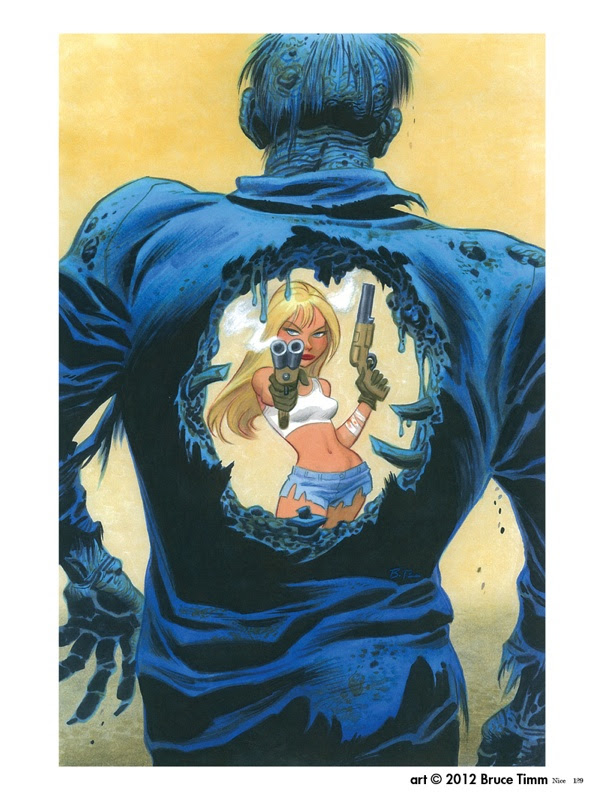 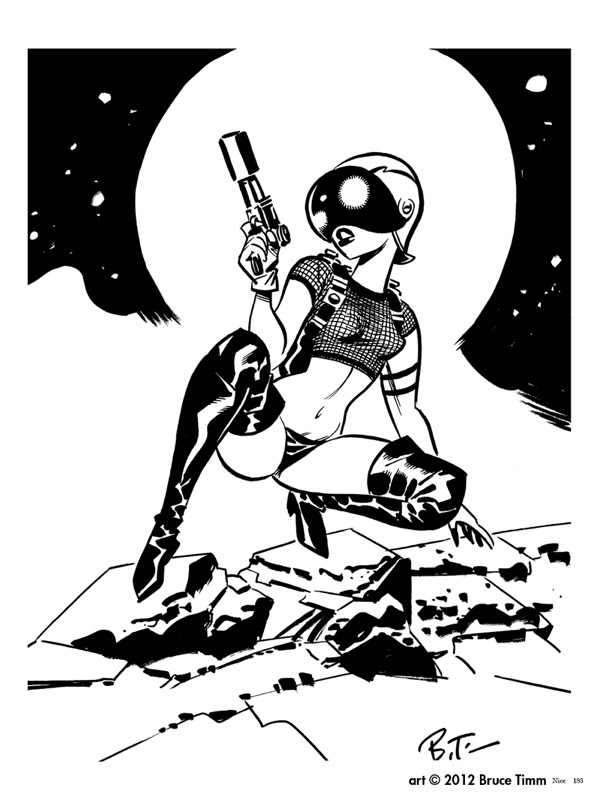 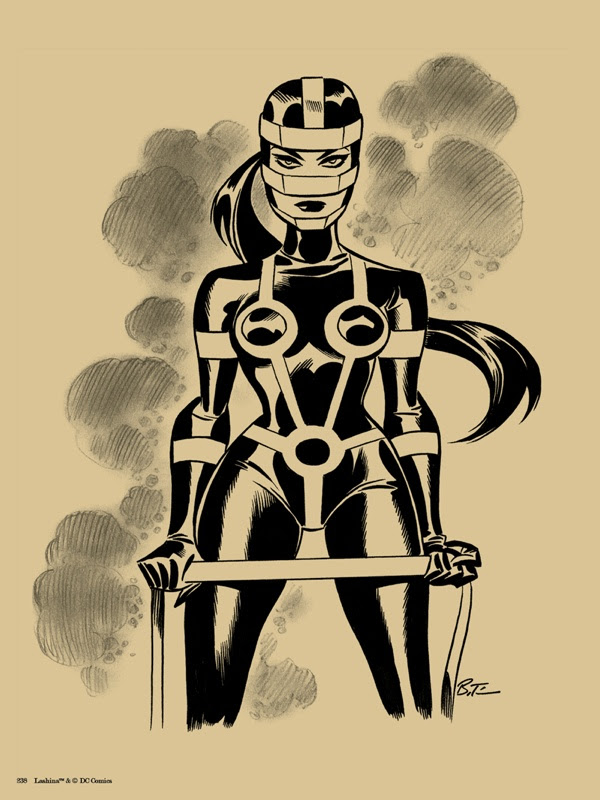 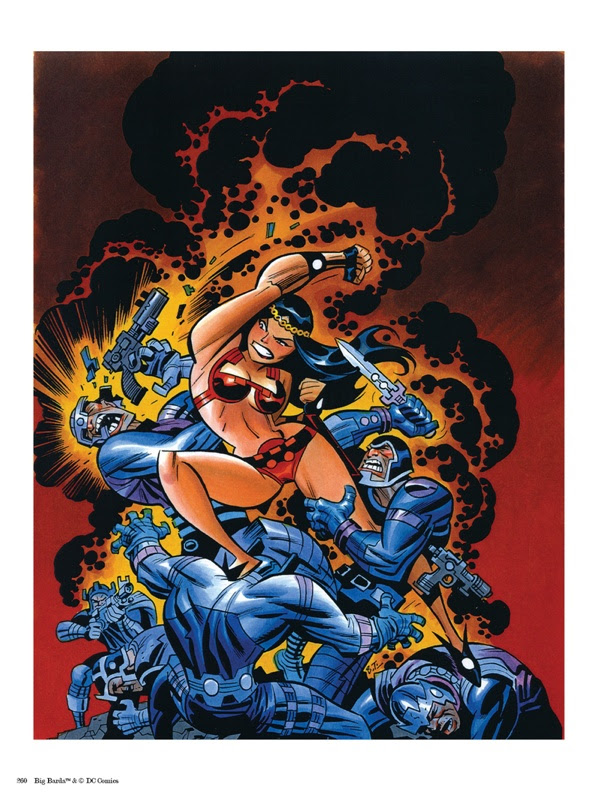 Bruce Timm is an Emmy Award-winning artist, writer, director and producer who has been working in the animation field for nearly three decades. The majority of his career has focused on the DC Animated Universe for Warner Bros. Animation.

Beginning with Batman: The Animated Series in 1992, Timm's character designs and vision have had a substantial impact that redefined the genre of superhero animated TV shows and movies -- an influence that continues to this day.

His contributions include key roles working on the TV series Superman: The Animated Series, The New Batman Adventures, Batman Beyond and Justice League. Timm has served as producer or executive producer for over a dozen animated films, including Wonder Woman, Justice League: Crisis on Two Earths, All-Star Superman and Batman: Year One.

Timm also enjoys the occasional work in comics. He is the recipient of two Eisner Awards. His first was in 1994 for the art on Batman Adventures: Mad Love, which won for Best Single Issue. He contributes covers, pin-ups and stories to various titles as his time permits. Past contributions include Avengers, Batman Adventures, Captain America: Red, White and Blue, Conan, Harley and Ivy, Tom Strong's Terrific Tales, Vampirella, and Fantastic Four: World's Greatest Comics Magazine.

Bruce is currently working as executive producer on the new Green Lantern: The Animated Series and the upcoming film Justice League: Doom.

“Flesk Publications was founded in 2002 as a direct result of my desire to publish the art books I wanted to buy myself,” states publisher, John Flesk. At Flesk Publications they pride themselves on being different. A creative approach is pursued by exploring the aesthetics of each artist in order to design a package that serves as an extension of him or herself. The results are a unique and individual collection produced with passion. Flesk produces a full line of art books featuring the best of comics and graphic novels, fantasy, illustration, pinup and fine arts. “Animation and fine art are two areas I take great interest in expanding into,” shares Flesk. “Our new Bruce Timm and Craig Elliott collections are a testament to this goal.”

“One thing that separates us from other publishers is our absolute commitment to the quality of our books and the relationships formed with the artists we showcase,” continues Flesk. “It’s not just about the book, but also about the positive future of the artist and making sure they are represented well and that their trust in allowing us to collect their work is not abused.” Flesk shares a passion for the arts and feels a responsibility in making sure he represents the artists he publishes in the best format possible while raising the art form. “We hope to educate the public to expect a higher standard from publishers,” continues Flesk. “We take our work very seriously, yet enjoy the process. Whether a 16 page chapbook or a 300 page oversized art book, we give each collection our full attention to meet our standards first. I have a self-drive that makes this approach a natural part of what Flesk Publications is all about. It isn’t a policy, it’s who we are.” This year marks Flesk’s ten year anniversary of promoting the arts through quality collections.

Buy Naughty and Nice: The Good Girl Art of Bruce Timm on Amazon.com