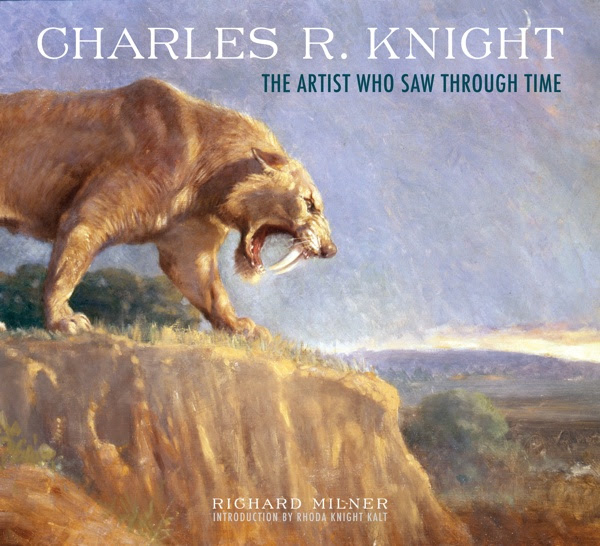 When you think of dinosaurs, you are imagining them as envisioned by the artist Charles R. Knight 100 years ago.


American wildlife artist Charles R. Knight (1874–1953) spent a lifetime creating scientifically accurate and spectacularly beautiful images of Earth’s ancient past, from dinosaurs and mammoths to saber-toothed cats and early humans. For generations, his groundbreaking work has inspired scientists, artists, and filmmakers all over the world and shaped the way prehistoric times are imagined today.
This stunning volume gathers together both iconic and never-before-seen works from Knight’s days of sketching animals in the newly opened Bronx Zoo, to the decades spent creating murals of prehistoric species for the American Museum of Natural History and the Field Museum.

This month, Abrams published the beautiful art book, Charles R. Knight: The Artist Who Saw Through Time, by Richard Milner. Abrams has kindly given permission for me to run a selection of images from the book. Enjoy! 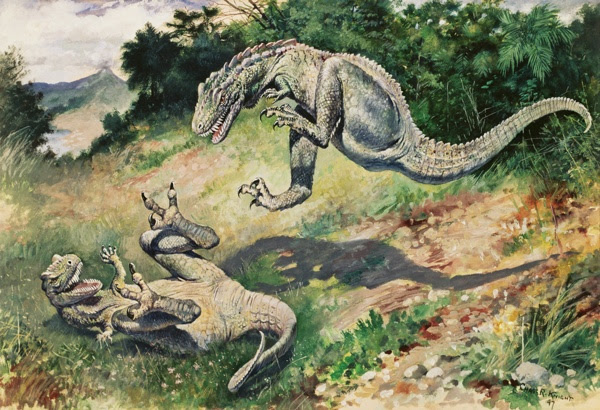 Knight’s iconic painting of a tyrannosaur and triceratops facing off is a large mural in the Field Museum in Chicago. 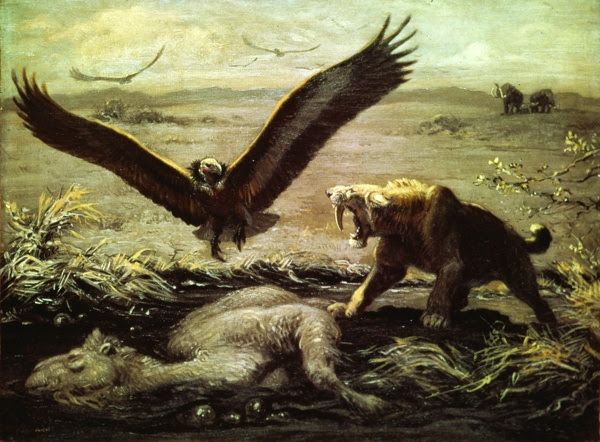 Knight’s finished oil painting of the tyrant lizard highlights its monstrous head with a splash of sunlight. 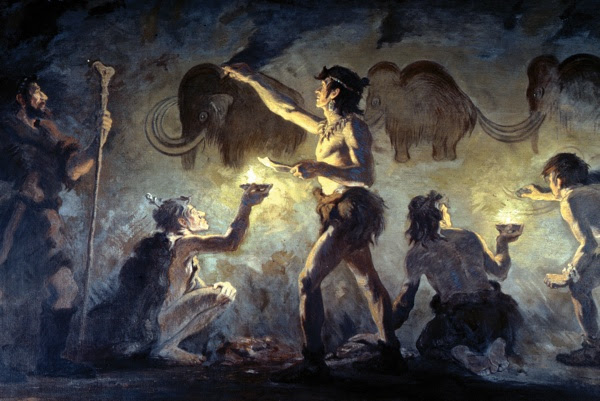 One of Knight’s renditions of the tar pits as they appeared ten thousand years ago features a saber-toothed cat and vulturelike Tetratornis, which was twice the size of a California condor. This painting was done for the American Museum of Natural History.

This classic Knight mural (first painted in 1920, and restored 1994) from the American Museum of Natural History depicts a Cro-Magnon artist painting mammoths near the entrance of Font-de-Gaume. It was done before Knight’s visit to the cave, or he would have known that the frieze actually showed European bison, not woolly mammoths. 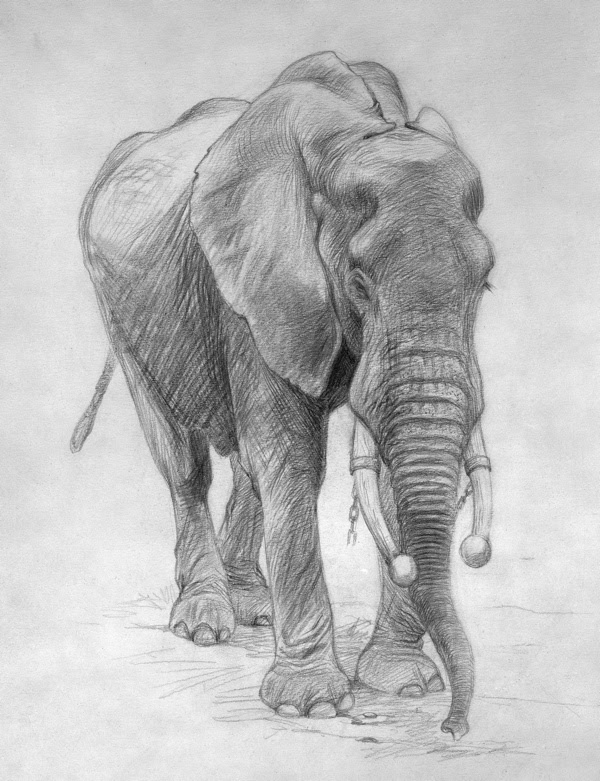 Knight’s superb pencil drawings, from life, of an African elephant.