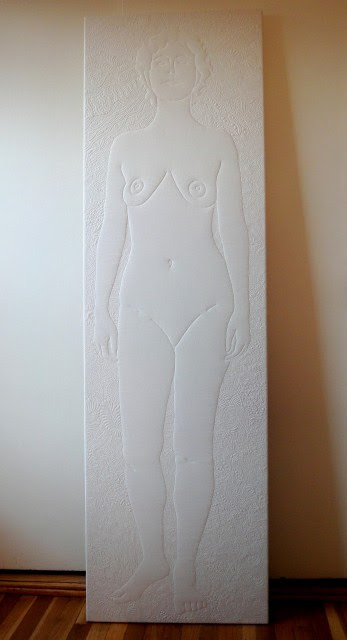 Air/Nude is 77″ x 23″ (yielding a life-size figure) unbleached cotton muslin, cotton batting, polyester thread.
She counts as “Air” in my 4 Eelements quilt series (my first large-ish quilts ever) because that’s what the model is wearing. Also, unless you look carefully you see nothing, just like air.
The photo above links to a super high res, 3,000-pixel-high version so you can zoom in on all the detail. These detail shots link to 960-pixel-high versions: 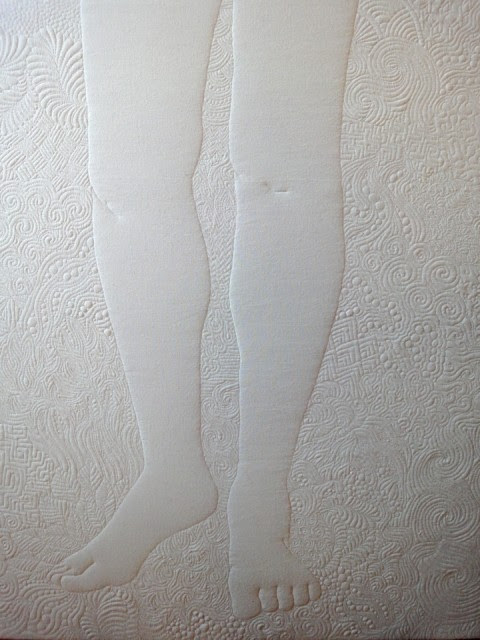 Evident everywhere is the influence of Leah Day’s Free Motion Quilting Project. In the section above you can see Free Motion Quilting basics like Basic Spiral, Pebbling,Feathers, Echo Rainbow, and Stippling, along with some of Leah’s signature designs like Brain Coral, Spaghetti and Meatballs, Flame Stitch, Ocean Current,Wormholes, Goldilocks, Chain of Pearls, Pebble Maze, Trailing Spirals, and Circuit Board. I started filling in the quilt on the right side, just over the foot where those very dense spirals are, and worked my way around counter-clockwise. 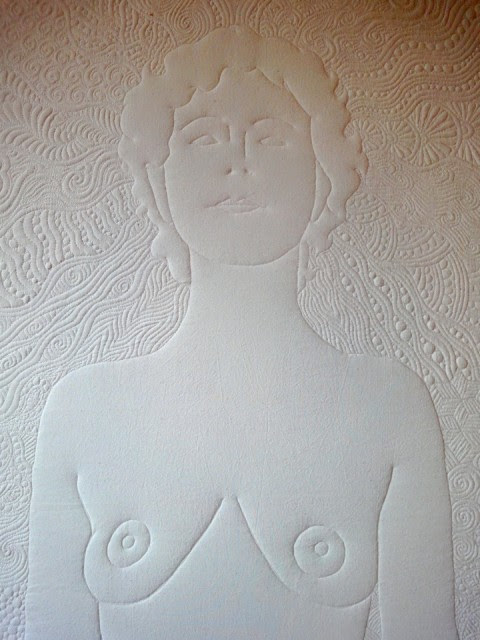 By the time I got to the head I had internalized many of those stitches, which became part of my vocabulary. It becomes difficult (and probably pointless) to say which patterns are “mine,” which are “Leah Day’s,” which are derived from vague memories of pen-and-ink shading patterns and old Zip-A-Tones, and which are simply failed imitations. (“Originality is failed imitation” – someone on Facebook. Bill Benzon, maybe?). Some of the spirally flame patterns I used in Fire return for a cameo here. 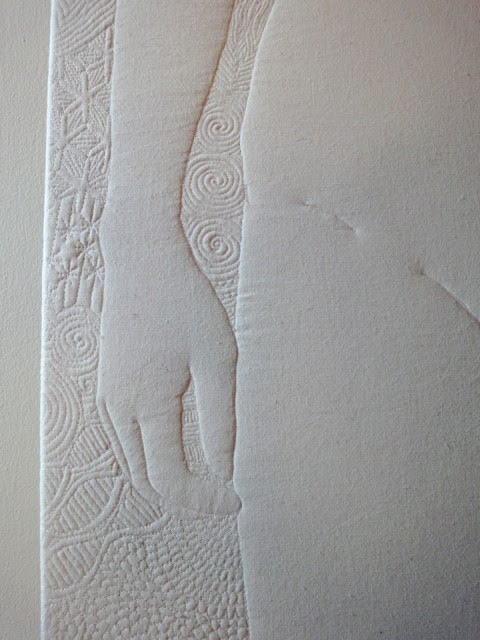 I had bountiful opportunities to try new stitches and patterns. As long as the negative spaces were densely quilted, it didn’t matter what was in them. I tried various hexagonal-based “snowlflake” patterns, like the one above. In the midst of my experiments, Leah posted this Icicle Lights pattern, which is much easier than hex-based ones. Below it is an homage to DNA molecules, and a “scaly micropebbling” experiment. 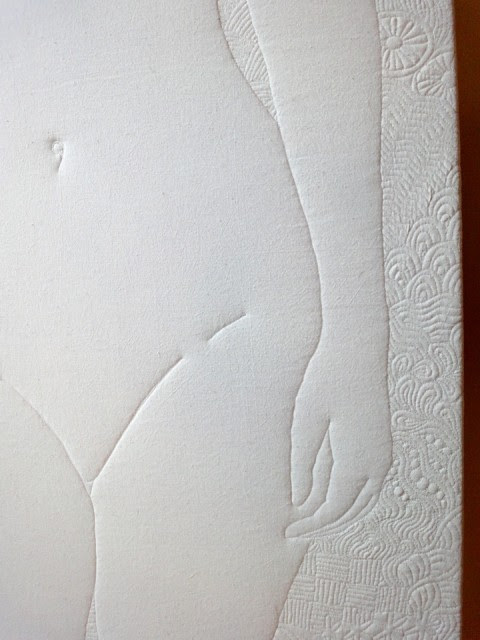 As you can see, the nude depicted is a real woman-person, not a professional model. Who was the model, you ask? Suffice to say I will not be sharing the “pattern” as open source code. You’re welcome to copy this quilt, but you’ll have to reverse-engineer it, or use another model.

Here’s what she looked like before stretching. Maybe vanity drove me to it – I may be a little saggy, but I’m not that saggy. The subtle white-on-white quilting technique relies entirely on shadow to reveal texture and outline, and only works if light hits the surface evenly from the side. The quilt was professionally stretched on canvas stretchers by 567 Framing. It took 2 and a half weeks, but was worth the wait. 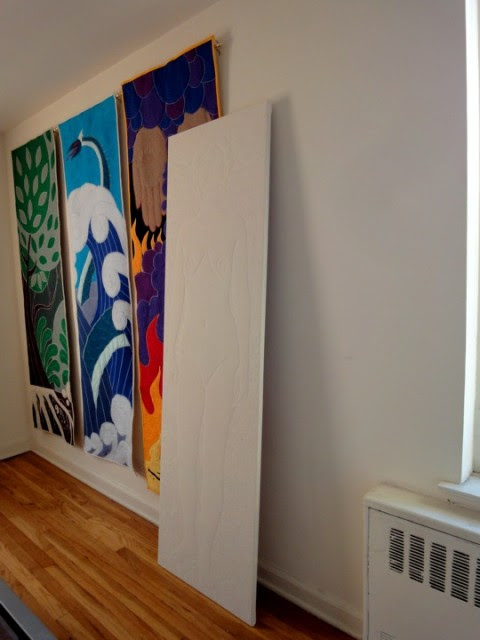 Here’s “Air” leaning against the wall with her friends Earth, Water, and Fire, in my former apartment in Greenwich Village, Manhattan. I brought all these quilts with me when I moved to Urbana IL last Summer. Some of them will be in my upcoming art show at Sleepy Creek Vineyards – stay tuned!