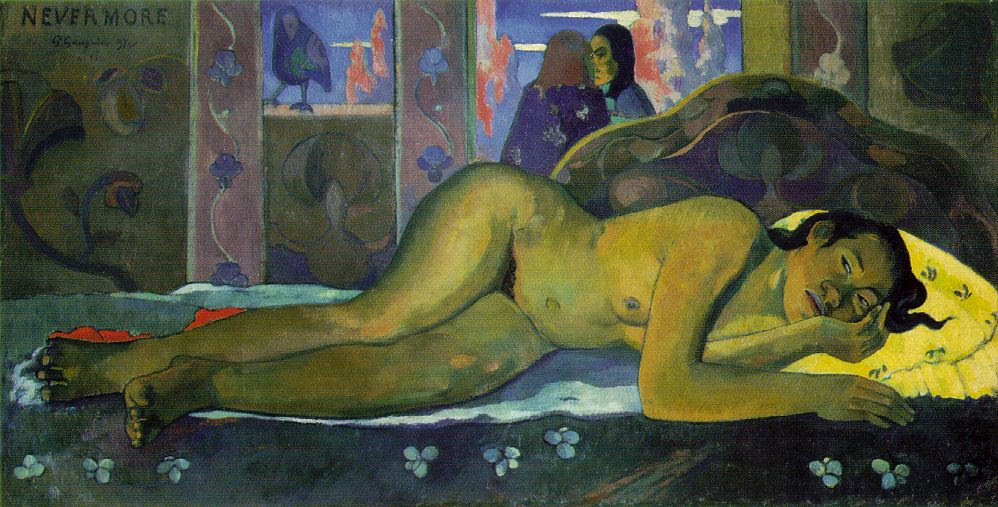 Born on June 7, 1848, Paul Gauguin in Paris, France,  Eugène Henri Paul Gauguin was a leading French Post-Impressionist artist. Gauguin’s father was a French journalist and his mother was Peruvian.  The family left Paris in 1851 for Peru, however Gauguin’s father Clovis, died on the voyage over.  Gauguin’s early life experiences in Peru would later have a great influence on the imagery in his paintings.  At the age of seven, the family returned to Orléans, France to live with Gauguin’s grandfather.
Though Gauguin had been interested in art since childhood, he held several jobs before turning to painting full-time. Including fulfilling his required military service as a pilot’s assistant in the merchant marine, Gauguin also joined the navy, held a job as a stock broker, a sales representative for a canvas manufacturer, and other odd jobs that sustained his painting career.
In 1873, Gauguin married Mette Sophie Gad, a Danish woman with whom he had five children.  In his free time, he began painting and became friends with Camille Pissarro and met other artists including Paul Cézanne and Vincent van Gogh. Gauguin received little formal artistic training, though he was tutored by some of the professionals in his community.
As he became more involved with his art, Gauguin rented a studio, and showed paintings in Impressionist exhibitions between 1881 and 1882. In 1885, with a growing desire to paint full-time, Gauguin left his job as a stock broker and his wife and children in Copenhagen,  returning to Paris.
In 1886, Gauguin began his lifelong migration between regions of French Polynesia and Paris often surviving on little or no money. Disappointed with Impressionism and influenced by folk art and Japanese prints, Gauguin evolved towards Cloisonnism and then Synthetism and Primitavism.  Gauguin is considered to be the first artist to achieve broad success using the Primitive technique.
In the autumn of 1888, Gauguin traveled to Arles France where he stayed with Vincent van Gogh for two months, working together and discussing artistic theories. The tension between the artists grew and they quarreled often. Van Gogh was vulnerable and hyper-sensitive, and a bullying and egocentric Gauguin often threatened to leave. It was during this time that van Gogh lost a portion of his left ear though whether Gauguin was directly involved in this incident in still debated to this day.
From 1891-93, Gauguin lived in Tahiti where he spent considerable time working on his sculpture and woodcuts. In 1893, he returned to France where he prepared for his exhibition at Galerie Durand-Ruel in Paris which was not considered to be a success.
Gauguin returned to Tahiti in 1895 : “it was a period of intense creativity, during which he painted and sculpted a great deal and seemed to go further in his metaphysical questioning, obsessed by the thought of death”. However,  in April 1897, he learned of the death of his daughter Aline, to whom he was deeply attached. “Gauguin tried unsuccessfully to kill himself by taking arsenic. Physically and morally shaken, he took an office job in Papeete, which allowed him to earn a living for a while. He seemed to become detached from his own work. When Maurice Denis wrote to him asking if he would participate in an exhibition of the Nabis in Paris, he replied in June 1899 ‘I no longer paint except on Sundays and holidays’.”
Gauguin’s paintings significantly influenced Modern art movements and artists including Matisse, Picasso, Braque, Fauvism, Cubism, and Orphism. Gauguin also created two- and three-dimensional sculptures and functional objects ranging from portrait busts and architectural reliefs to objects such as vases, knife handles, and wine casks. He was also an influential supporter of wood engraving and woodcuts as art forms.
In the last years of his life, Gauguin succumbed to various illnesses, including syphilis. He died on May 8, 1903 and remains buried at Calvary Cemetery – Marquesas Islands, French Polynesia.
For a complete biography and to view his complete works, visit MoMA or Paul-Gauguin.net. 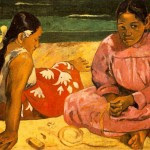 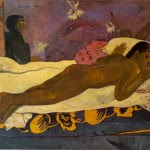 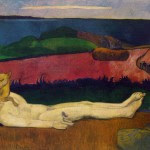 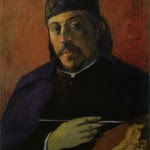 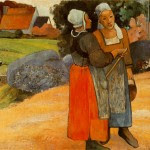 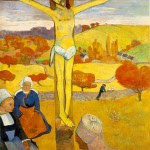 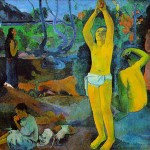 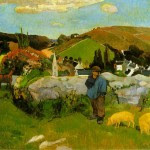 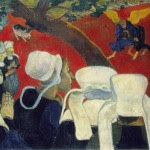 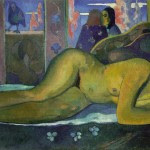 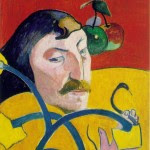 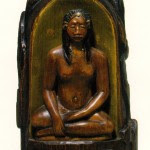 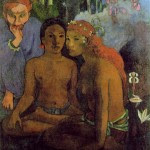 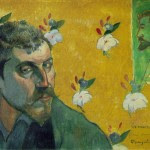 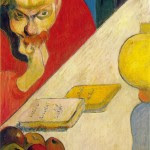 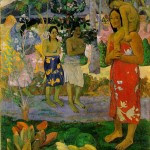 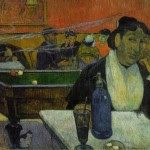 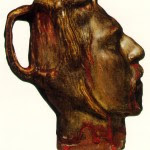